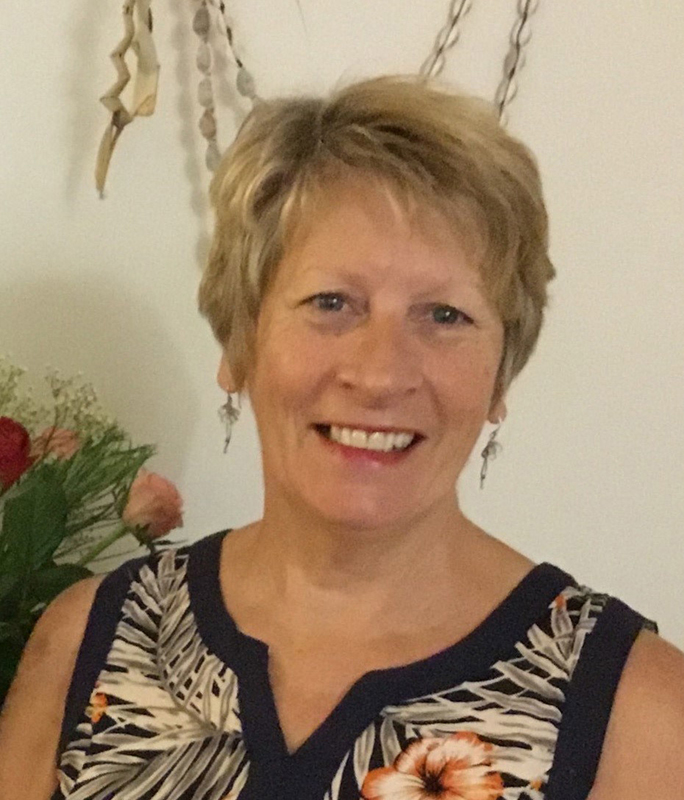 Therese Rogers has always been open to the will of God in her life, but it’s fair to say that God surprised her a few years ago by leading her across the country, from country Victoria to managing the finances of the vast Broome Diocese.

“I always pray that God will take me and use my hands, my eyes, my heart, my voice, to do God’s will. I say that every day without fail and ask the Holy Spirit to guide me,” she says. “And when you do that, you never know where you’ll end up!”

Therese is the Financial Officer for the Diocese of Broome, having responded, with her husband Tony, three-and-a-half years ago to an advertisement seeking volunteers in the Diocese.

She had been working in the Benalla Parish in Victoria for more than 20 years, performing a range of duties, from cooking and cleaning to typing, preparing the parish bulletin, preparing baptism classes and looking after the parish financial accounts.

“I was at my desk one day, putting this ad in the parish bulletin which asked for volunteers to go to the Broome Diocese and help out as Finance Officer and Property Manager,” she says.

“It caught my attention and I made a comment about it, but then I just threw it away.”

Later that day, Therese’s husband Tony, who worked in real estate at that time, came by to see her at the parish, something that he rarely did.

“He saw the ad and said, ‘what’s this?’. I said, ‘Oh, it’s nothing’, but he said it looked interesting and he was going to make a phone call and make inquiries,” she says.

“I think it was definitely the Holy Spirit at work. Within a month, we had an offer to come here and work. And I thought to myself, ‘oh my goodness, are we really going to do this?’

“So I did a lot of praying. I believe that the Holy Spirit does guide you in your life and I really trust and believe in that and it was on the basis of that faith and trust that we decided to do this.”

Therese was born in Echuca on the Murray River in Victoria, one of seven siblings, including a twin sister, in a farming family of strong faith. She was educated at St Mary’s Primary School and St Joseph’s High School, by the Brigidine Sisters.

After some early training in hairdressing, during which time she met Tony in Melbourne, she worked as a typist for Telecom (now Telstra), where Tony also worked.

After moving to Ballarat, Therese worked for a health club as receptionist and book-keeper and then, with another move, to Hamilton, she worked for the ANZ Bank.

When the youngest of their three sons went to school, the parish priest of Benalla, where they were then living asked Therese to take the job at the parish, where she was to stay, very happily for more than 20 years.

“They were such happy years, because the priests I had as my employers were all just beautiful, and I got to know pretty much everybody in the parish,” she says.

Therese says that over the years she also learnt new skills, including the use of the MYOB accounting system, which she now puts to good use in Broome.

Arriving in the Kimberley and getting to know the people and the place has been awe-inspiring, Therese says.

“It’s been far greater than I ever thought it would be. I have been so enriched. It’s not until you come here and meet the people and experience the Kimberley that you understand it. I can’t explain it in words.

“I’ve never been in an environment like this. The distances are incredible.”

She says the Broome Diocese chancery is a small operation, with a team of just three people until recently, when it expanded to four.

“My eyes were opened wide when I arrived here,” she says. “I was gob-smacked by all the work carried out in this little, very basic office.”

Therese says her first role is to support Bishop Christopher Saunders and his leadership of the Diocese.

She says the role of Financial Officer is challenging because the Diocese relies enormously on funding from others to operate.

“So, the way we work is to be very clear on what our needs are, what our priorities are and we work on a shoestring budget to achieve those priorities and meet the needs of the people,” she says.

“We rely heavily on volunteers and you meet so many amazing people who’ve come to the Kimberley.

“We work hard up here. You’re up early and we often work late, because we’re covering an area of 773,000 square kilometres.”

Therese says she is inspired by Bishop Saunders, who she describes as “very spiritual, but very down to earth, very committed to the people”.

“The people here are amazing, the local people – so many smiles, such friendliness, they make you want to work hard for them, to meet their needs,” she says.

“Every bit of funding we receive is given back out in a missionary way. There are plenty of times when we look at the accounts and think, ‘oh dear, we haven’t got much money’, but then the Holy Spirit comes and sends us something and we can breathe again for another month.”

Therese says she does miss her family, back in Victoria (with two of her sons living overseas), but says both she and Tony, who is Property Manager and Office Manager for the Diocese, feel blessed by their Kimberley experience.

“I am so much the richer for coming here,” she says.

“You never know what each day will bring. I say to God each morning, ‘What have you got in store for me today?’ One thing’s certain, I’m sure it’s not what I thought it would be.”